Ready? I had been ready since 2005. But like most people, reality and life hit hard. The “three” years of IDP turned into eight, and the advice I was given to “finish before you start a family” went in one ear and out the other. For most of us, studying and testing is a distant image in our rear view mirror. Here’s a little info on how I got it done. Why do you even want it? In March of 2007 the cover of Architect Magazine read “What Percentage of Licensed Architects in the United States are Black Women?…0.2%” That exact moment marked the cultivation of my goal to expand that exclusive club by becoming a member and working to create pathways for other young women of color to do the same.

Although I realized my goal two years after graduation, I didn’t begin testing for another nine. However, because the goal was set, I was never at peace. It was like a rain cloud that followed me everywhere, nagging me to get started. But, it kept me accountable. Whether it’s to work on your own, increase your professional knowledge or even just for the money…you will first have to figure out Why A.R.E. you doing this?

Get a team! You’ll need more than a goal to keep you accountable, you’ll need a team. Tell everyone you’re taking these tests and let them know how important they are. At first you’ll annoy them, but later they will become your accountability partners. My mom quizzed me during road trips, my husband scolded me when he saw me being idle and my friends deleted me from all group chats and uninvited me from events that impacted my studying schedule. Even my two year-old daughter gave me stickers when she saw me studying. She said I “earned them because I work hard.” 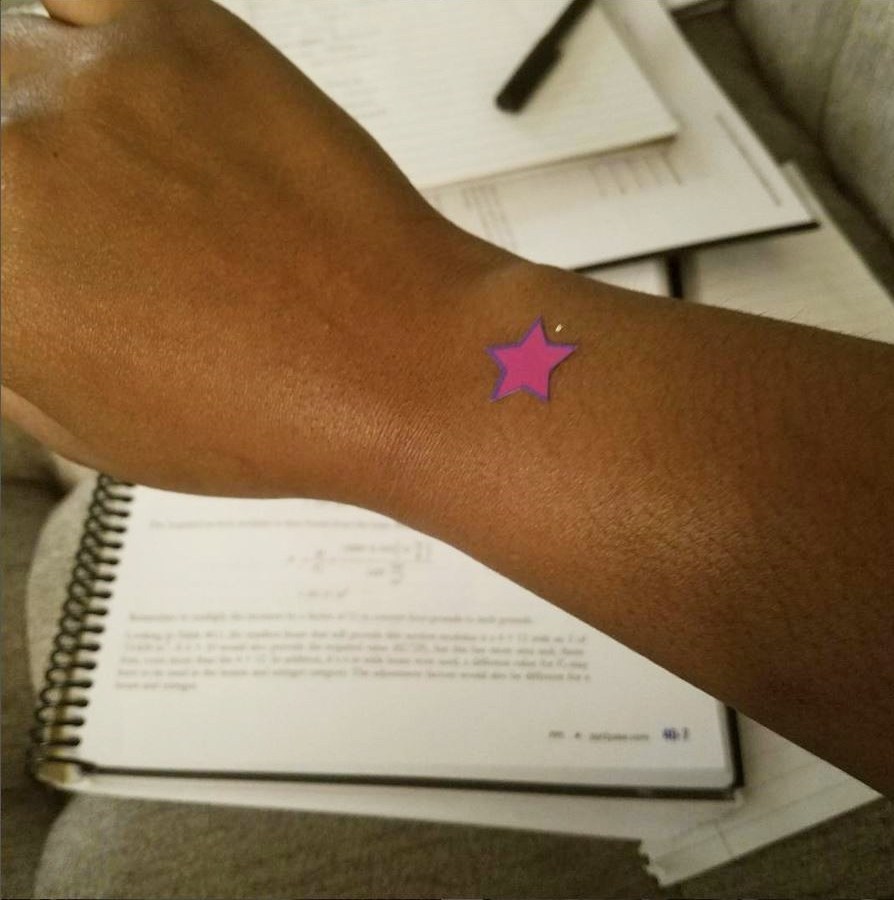 You should have a peer team as well. Family and friends can help, but only a peer knows the struggle. I joined a social media group of other Tuskegee grads currently working towards licensure and used Thomas Hardy, Associate Architect, as my “pace car.” I was always one test behind him, and when that number grew to two, I was motivated to step up the pace.

Even though I hate study groups and prefer to study alone, I had a huge support team with me. So who A.R.E. You with?

Why yes, that is a trick question! The A.R.E. Exams are designed to test your true understanding of architecture, so memorizing or cramming will get you nowhere. When studying, don’t move on from a subject until you truly understand what you just read. Keep a dictionary handy to look up words you may not know. There are so many questions in the study exams that are purposely written in a way to make sure you understand. While all four options are correct, which one is the BEST?

I used the study materials available to us through Portman, as well as Jenny’s Notes, my old Ching books (heaven sent), YouTube videos (for vignettes) and in the end I paid for access to practice questions on DesignerHacks.com. I’ll admit I also read a few discussion boards. But I advise you, take the content with a grain of salt. “Easy” and “Hard” are relative. Only you can judge your knowledge. A.R.E. you prepared?

As devastating as failing was, I continued to push through to accomplish my goal.

Celebrate the battles. My major goal was set, but I also created mini, often superficial rewards at the end of each exam. Sometimes it was a trip to the spa on the afternoon of a test day… pass or fail or maybe a fancy dinner when I did pass. Taking these exams is a big deal. Treat it as such, but don’t forget to treat yourself in the process.

…But don’t underestimate the war. When I was on my final exam and had experienced passing all my previous tests on my first try, I had to up the ante and set a new goal, to finish all exams before I turned 35. The reward… “Throw a big fancy birthday dinner party hosted by newly licensed architect Jamila Hazel.” The plan… Take the test on Thursday, find out I passed on Friday, and have a party on Saturday. But I broke one of the rules, I rushed through studying, tried to memorize material that I thought was common knowledge and I FAILED! Follow though. It’s not over until it’s over. A.R.E. you there yet?

As devastating as failing was, I continued to push through to accomplish my goal. Besides, I still had my team behind me and all the tools I needed to study. So I kept pushing. And on November 14 at 5:00am, I learned that I had passed my 5th and final exam. I was done and became the 420th black woman to receive her architecture license. I made myself and my team proud, and I rewarded myself with Jay-Z concert tickets that night. #treatyourself. So my question is… What A.R.E. you waiting for? 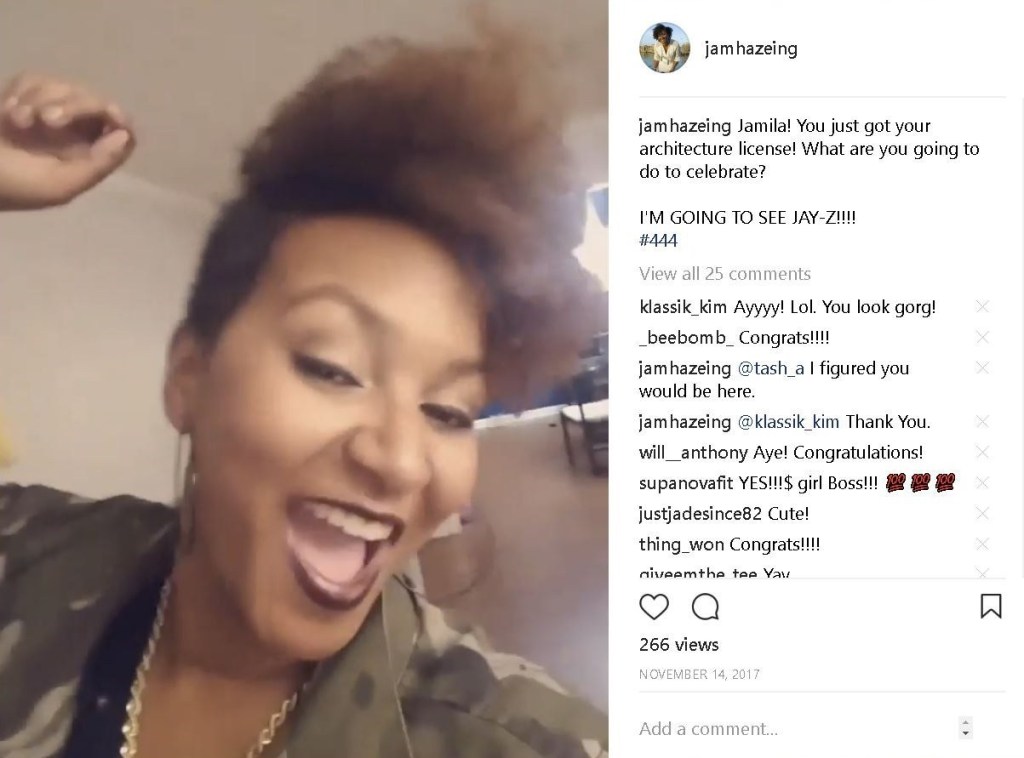