The design for this complex embraces its role as a welcoming gateway to the city of Atlanta. Strategically positioned for civic importance and impact, it embodies the skillful blend of traditional southern hospitality and 21st century sensibility that characterizes our capital city of the south – Atlanta!

In a nod to its airport connection, the design achieves an implied sense of movement, capturing that magical moment suspended between solid ground and soaring flight. This hotel complex is made up of simple forms slightly shifted from each other.

The simple linear volume of the hotel is articulated by several floors subtly de-parting from the main mass as if a small wind was gently letting them take off into the air. On the west façade of the tower, a volumetric simple shift in plane outlines a form reminiscent of a tall open gate as a symbol of how the Hartsfield Jackson International Atlanta Airport is the access to many places around the world. A wing shaped roof defines the podium areas that extend from north to south with meeting facilities, health club, lounge areas, bar a prime destination restaurant and an open garden terrace. 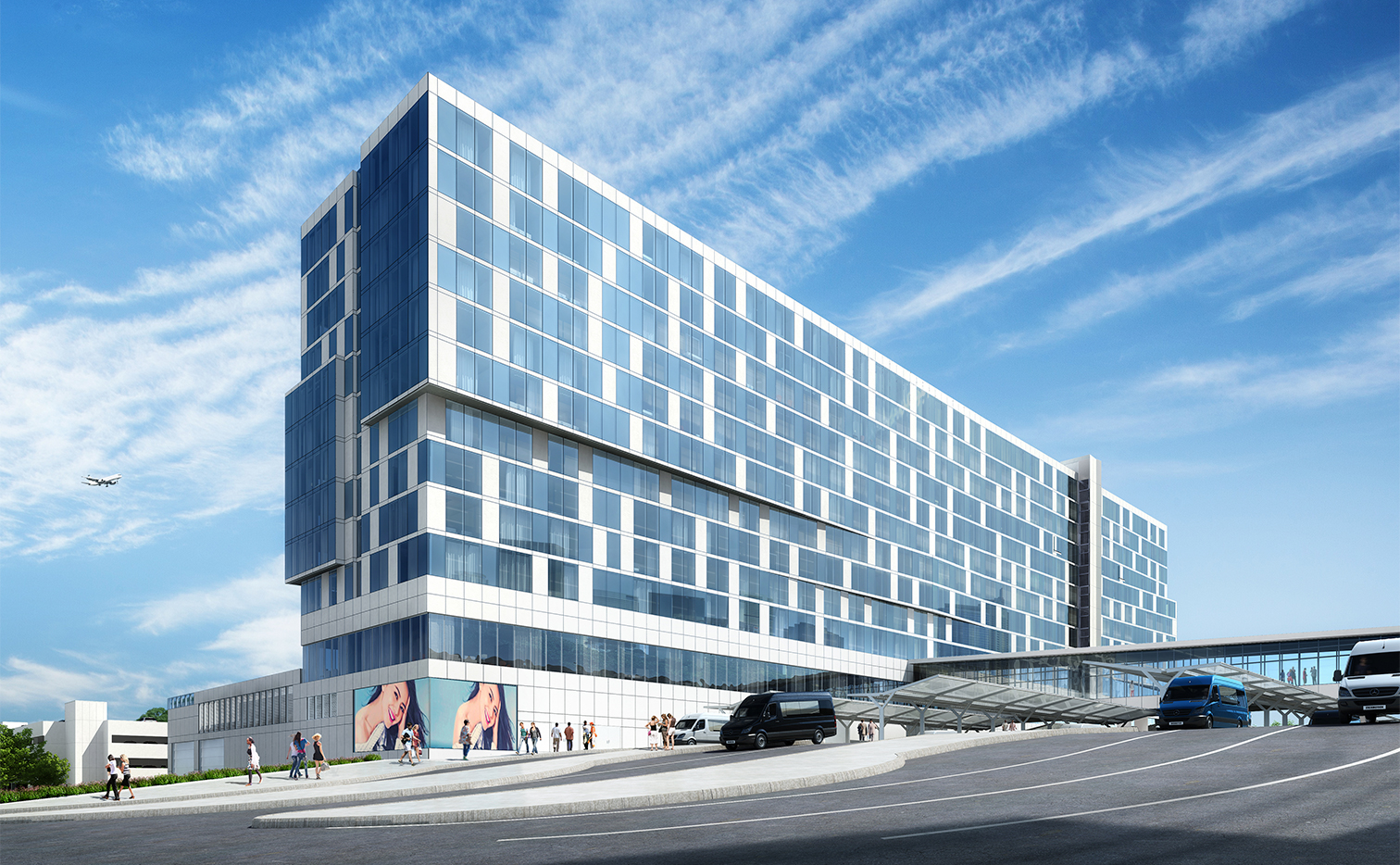